This game is more focused on betting on cards played. The Texas hold`em poker tournaments are similar to other hold`em games but with a few more rules unique to the tournaments. The game is played on a single table. The number of players ranges from two to ten with the goal of obtaining the highest number of chips for every pot.

The texas hold’em rules are simple and easy to follow. Players are first given chips after which the dealer is chosen. The dealer is chosen by either dealing every player a single card or by spreading the cards face down on the table for everyone to choose one card. As a rule, the card with the highest value determines the first dealer and player acts as a dealer for only one hand. 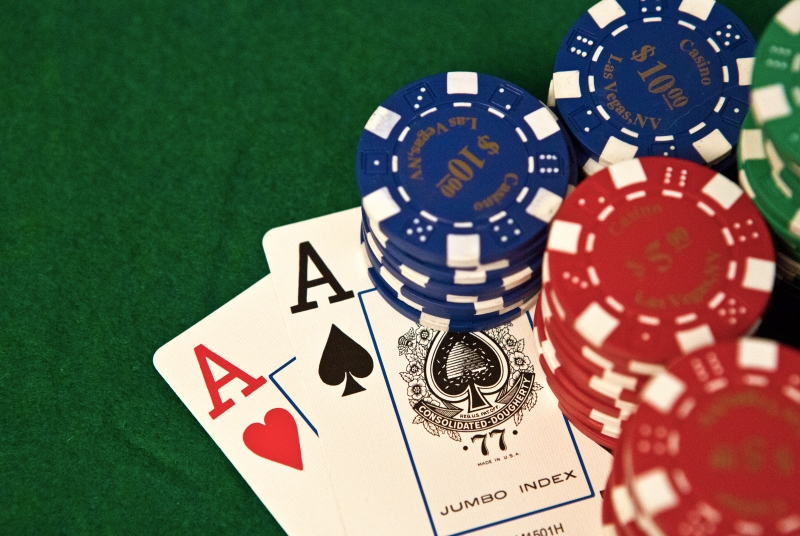 The players get into the preflop betting round once they have received their hole cards. The rule here is that player on the left side of the big blind starts the betting round by either making a fold, a call or a raise. The next player on the left side follows the same steps and the betting comes to an end when all the players have acted and those still in the game have bet equally for that round. Once this is over, the flop follows.

The flop is dealt by putting the top card face down on the table followed by three cards face up and then the first post flop round of betting starts. After the flop, a turn is made; the rule here is that the dealer puts two cards on the table, one face down and another one face up. After this, the third betting round begins.

When there is more than one player, the river is dealt. The rule is to deal a card face down followed by a single card face up and this marks the last street. Finally, the players enter the showdown. The rules for the showdown are:

It is important to learn every texas hold’em strategy that you come across for yo to be able to win or improve in playing poker. Some of the strategies include but not limited to;

There are texas hold’em tips that can guide you through playing poker professionally. Selecting the right game and doing a lot of practice are some of the basic tips. The other tips include bluffing at the right time, looking for the opportunity to win, playing within your bankroll, and having the best betting tips always at hand.